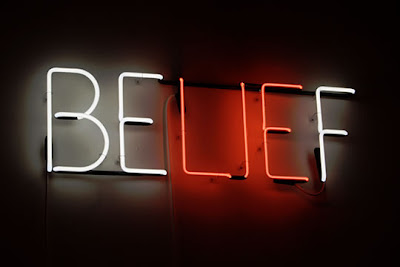 Everyone claims to have beliefs.

Things that they hold to be true in their lives.

Without delving too deeply into philosophical definitions (for which I am most certainly not qualified), this three word question has hit me hard these first ten days living in Mexico.

Allow me to describe what I have realized my previous belief structure was within my self-driven comfortable lifestyle it was neither spiritually nor physically challenging.

Once again, however, I feel I have to preface this with the customary, “these are my memories of how I thought while living in the states and in no way are intended to portray how others may or may not think.”

I had lots of beliefs, many that were good, morally upright and biblically sound. But this does not make my beliefs real any more than sending an email makes you a computer expert.

It is not until we are forced to accept those BELIEFS in order to survive that we truly come to BELIEVE them.

I really don’t think I could describe it any better than that.

A roller coaster, perhaps, if I had to shorten the description.

It is the trials that I have faced these last several days that have caused my beliefs to mature to the point of actually believing them.

After two weeks of extremely stressful work packing up our lives, driving across the country, and culminating in a delayed flight from Miami to Cancún on January 11th.

It was not until we got here that we realized just how much of a toll this had taken on us. It took three days to catch our bodies up on the rest that they needed, and doing this with an energetic and exuberant 15 month old was difficult.

After that Anna and I were both so sick that we had to go to the hospital, Anna for an infection, and I was admitted for allergic and asthmatic reactions to the mold in the air which caused me not to be able to breathe.

So with nearly 10 medications between the two of us, and the worst seemingly behind us, we reflect upon the first ten days here in Mexico.

There were absolutely wonderful days in-between the sickness and exhaustion where we were able to get together with our wonderful new community of staff family, Erick and Julie Mowery, Mau and Lizy Davila and Matt and Julie Cooper as well as getting to know our church family here from Amistad Cristiana Cancún!

Throughout the last ten days of ups and downs, we see and know that the enemy is real here in Cancún.

We know that he seeks to destroy the Hope that Christ is trying to give to the orphan child in Cancún.

We know that he has come against us strongly since arriving here.

We also know that we have a Savior who has taken the keys to death and Hell, and has overthrown the enemy with the blood that was shed on Calvary.

We know that when our God is for us, no one, not even Satan himself, can stand against us.

We know that He has called us here for a purpose, and that calling is not dependent upon whether or not the enemy attacks.

We know that purpose is to spread the love of Jesus to the least of these in this city, to the orphan and the widow, to the lost.

And we know that Jesus cares more for the one child that does not know him yet, than for the 99 that already do.

It is with great joy that we claim victory over the attacks of the enemy and even while celebrating, we prepare, through prayer, for the next attack.

We also are not blind to how terrible these last ten days could have been without the powerful prayers of so many of you that are supporting and sustaining us. Thank you from the bottom of our hearts and I can honestly say that we do feel the power and presence of every prayer lifted up to our heavenly Father on our behalf.

While the sickness has delayed us in some things, we have been able to move forward in some areas since arriving. I was able to get the final step for my Visa initiated at the immigration office here. We were able to begin looking for a place to live, and while we have seen many options, the Lord has not made a clear next step visible on this yet, so we will continue looking this next week and praying that the Lord opens a favorable door. (Please pray alongside us on this one!)

We have also started attending staff meetings weekly, along with prayer and worship several mornings per week. We have had some good debrief and venting sessions with our mentors for the move, the Mowery’s (who did all of this four months ago and have been such wonderful friends through this). We have also begun preparing for staff training from the Back2Back Directors, Todd and Beth Guckenberger, in a week and even preparing for our next short term team that is coming the first week of February. We are even beginning to move past the shock stage of this adjustment.

Thank you again for your prayers and support and we will continue to keep you “in the loop” as to how we, as co-laborers with you, continue to progress, move forward, and begin joining in with the great ministry that is already taking place here at Back2Back Cancún!

One thought on “Belief or Believe?”