It has been a few weeks since we have been back in Mexico since returning to the States for fundraising the first two weeks of September.

There has been so much going on since we got back, from school starting up and new tutors starting work at Oti’s house and San Jose, to changing houses for our groups, to just this last week, having an amazing group of couples from Indianapolis down to visit and serve alongside of us.

It has also been very difficult at times.

We know that each step forward in ministry is taken from am unrelenting enemy, that fights desperately against the power of the blood of Christ.

We know that Satan continues to claim that he owns this city. He thinks that he has the rights to the children and families that grow up homeless and fatherless, that poverty and hopelessness will keep these people in bondage to him, that lust and materialism will continue to reign over the hearts and minds of the thousands that visit here daily, but he is WRONG! 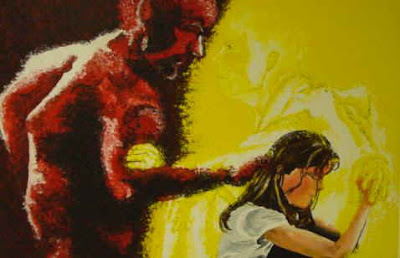 And even though we know that we are under attack and this city is oppressed constantly by the enemy,

He does not get to lay claim to this city!

He does not get to claim the hearts and minds of the poor and downtrodden!

He does not get to claim the money and wasted lives of those who vacation here!

And he most certainly does not get to claim the hope and future of these precious children!

The blood of Calvary has already broken the hold he thinks he has on this city. The blood that was shed for you and me has already claimed the hope and future of these kids, and the death he died on that cross took the punishment for every sin being committed in the hearts of those who visit here.

He does not own this place and he will not have any dominion over this city and those in it.

And when he attacks, as we know he will, we will speak out loud of the promises of our faithful God and beat him off of the poor and oppressed and the hopeless with the cross of Calvary which Jesus soundly beat him with two thousand years ago.

I really cant explain to you why I needed to write this down, if for no other reason than to say it out loud and to speak the truth of the Word to the constant attack we find ourselves under.

Not that there are not days that are great, filled with wonderful ministry and times with the kids and with family and fellow staff members, but this is a time of year when the enemy tries desperately to gain ground with the holidays here in Mexico, Day of the Dead, and with Halloween in the states.

I know Pastor Randy at our home church of FCC always does a series in October on Victory over Shadows, and being outside of the US for the first time, it is much easier to see just how powerful those shadows are and how much they are attempting to gain ground this time of year.

I want to urge you to pray along with us. Not just for us (although we need it badly if you can 😉 ) but also with us. Pray against the lies that this season has nothing to do with spiritual warfare. Against the lies that a little halloween fun and scary movies does not open doors to an enemy seeking to destroy you and your family.

Please join with us in prayer this month because we serve one who has already claimed the victory for us, but only if we seek after it with Him. If our hearts are apathetic to the spiritual warfare going on around us, we are losing this battle.

So, pray. Please pray. For us, for our staff, for the kids and families we are serving here, for the people who visit this city every week who are lost, for your own home and family, and against the enemy who is working so hard to destroy us.