This morning’s reading from Oswald Chamber’s devotional “My Utmost For His Highest” was the final 1/3 of inspiration for this post. 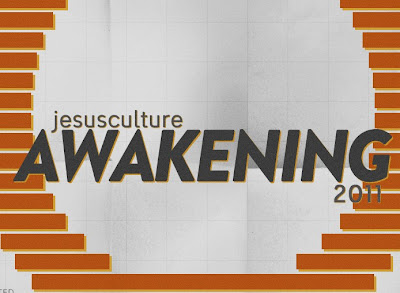 Another 1/3 of inspiration was from last week, when Anna and I attended the Jesus Culture Awakening Conference in Chicago. For three days, we were blessed by the power of the Holy Spirit, through worship, powerful prayer, healing, and teaching from great Mothers and Fathers in the faith. This event was not a conference or a gathering, but rather a “sending” of a new breed of revivalists. It was truly a life changing encounter with the Savior and the burning fire of Pentecost. For us personally, this was a “chain-breaking” time that loosed the power of the Holy Spirit within our lives in an immeasurable way!

The final 1/3 inspiration came yesterday as we were spending the evening at the Grand Haven, MI beach with Anna’s parents, her sister Lizy, and her husband Mau and their boys, André and Davíd. We decided to go out to the lake, where the water was a, balmy, 54ºF. Every single one of us despised getting our feet wet as the water was so frigid. But little Kai, he was just writhing around and whining while we held him, clearly wanting to test it out for himself. So we put him down and he bolted right for the crashing waves of ice cold, fresh water.

So how do these three things all tie together in my crazy mind?

They all impressed upon me, the power of faith, and the extent to which I myself trust my Jesus to know and accomplish what is best for me in my life.

At the conference, I was forced to come face to face with the fact that my heart wanted to believe that God miraculously heals people, but my mind would continually second guess, and rationalize into human terms, that which the Lord was accomplishing in only ways that He could do.

Call it whatever you want, but it was devestatingly humbling to have the Lord reveal to me, my own lack of faith in Him.

Then yesterday, I was holding Kai’s hands above his head, as he charged forward, without any regard, in to freezing waves that were easily taller than he was with only joy and laughter.

He had total faith in the hands that held him.

He knew, beyond a shadow of a doubt, that His daddy would never let him go.

Then it hit me.

Total faith within a dangerous situation, or a troubled time, produces only joy and laughter, when we just have the faith of a child in our Heavenly Father.

And again this morning as I read through Oswald’s few challenging paragraphs, it all came together.

My lack of faith.

My lack of trust.

The fact that my head knowledge of God’s promises far outweighs my heart’s ability to accept those promises.

If just a mustard seed can move a mountain, then what more would the Lord have me do with the faith of a child!?

How would he use me to bring His Kingdom?

What more could a nation do with the faith of a child!?

Forget politics, Jesus never concerned Himself with them, the culture of God’s Kingdom would never get us elected anyways! With the faith of a child, the church of this nation could rise up and end poverty, child hunger, remove the word orphan from the modern day dictionary! If you don’t like the liberal programs that help with these issues, then stop voting to end the entitlements and get involved in removing the need for them!

What more could a generation do with the faith of a child!?

A movement is growing, from all over the world. This generation (0-100 yrs old) is shaking off the chains that have held back the Kingdom of God, the chains of oppression, affluence and agnosticism, cynicism and unbelief, and are being lit with a fresh Pentecost fire from the Holy Spirit! This generation will bring revival to the world, as we take up the faith of a child.

God is moving. Powerfully. Right now, all around the world. There are those that have the faith of children, that are accepting and acting upon the promises of God. Miracles are happening. The fire of the Holy Spirit is upon His people and is reaping the harvest.

Time is running low for us to join that harvest. If we continue to allow our own disbelief and rejection of the power of God to get in the way of our great commissioning, then we will be no more useful to Him than the goats that he separates from the His sheep at the day of judgement. (Matthew 25:31-40)

I pray that the Lord strengthens your faith, that you accept His promises for what they are, and begin to believe in the God of miracles who daily seeks after you.

“O You Of Little Faith!”

One thought on ““O You Of Little Faith!””